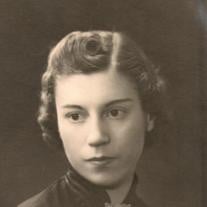 Marjorie Ione Heap-Devore (nee Dixon) Of Minooka, passed away suddenly at Morris Healthcare and Rehabilitation Center on Wednesday, October 3, 2012 at the age of 95 years. She had resided at Morris Senior Living since April of this year. Marge was born in Channahon, the daughter of Effie and Royal Dixon. She graduated from Joliet Township High School with the class of 1935. She was employed by the High School and served there for two years before marrying Ralph Heap on May 1, 1938. They farmed in Minooka until his death in 1965. Marge then worked for Tri-County Bank in Minooka prior to marring her second husband Frank Devore on September 7, 1974. They lived in Tucson, AZ for many years. Marge returned to Minooka to live with her daughter, Barbara in 2004. Marge was a long time member of the United Methodist Church of Minooka. She enjoyed visiting with friends and family, playing cards, bingo, and her memberships in the Bunco Club and the Lunch Bunch. She also enjoyed the many times at Cookie's Restaurant in Minooka with family and friends. She is survived by her son, Bob (Tina) Heap of Newburgh, IN,; one stepdaughter, Beverly (the late Norbert) Ambrose; her grandchildren, Jane (Ken) Kleveland of Mt. Morris, IL, Julia (Hal) Deutsch of Plano Texas, Carrie Heap of Jersey City, NJ, Justin (Jennifer) Heap of Des Plaines, IL, Steve (Dina) Bryce of Minooka, IL, Barry (Cathy) Thompson, of Minooka, IL, Kathleen Sprague-Fuller of Colorado Springs, CO, Lee Ann Bowers of Morris, IL and Janice (Jim) Wilda of Chicago, IL. She is also survived by one sister-in-law, Mary (the late Bob) Dixon of Orland Park, IL; and over 20 great grandchildren and several great-great- grandchildren. Marge was preceded in death by her parents, her husbands, her daughter, Barbara Schuck-Thompson, her brothers, Glen, Bob and Ray, sister, Net Larson, stepdaughter, Dianne Saltzman, step-granddaughter, Kari Adkins, step-grandson, Bryan Saltzman and step-granddaughter, Nichole Bowers. We want to thank the staff at Morris Senior Living and Morris Healthcare and Rehabilitation for the care given to Marge over these last months. And a special thanks for the care given by Barry and Cathy Thompson, Ann Burgess and Audrey Kennedy. In lieu of flowers donations may be made to The United Methodist Church of Minooka. Funeral Services will be held at 10:30 a.m. on Monday, October 8, 2012 at The Maple Funeral Home located at 24300 S. Ford Rd., Channahon. Pastor Mary Zajac officiating. Pall Bearers: Steve Bryce, Hal Deutsch, Justin Heap, Ken Kleveland, Kam Kleveland and Barry Thompson. Interment Aux Sable Cemetery, Minooka. Visitation Sunday, October 7, 2012 from 3:00 to 7:00 p.m. For information www.themaplefuneralhome.com.

Marjorie Ione Heap-Devore (nee Dixon) Of Minooka, passed away suddenly at Morris Healthcare and Rehabilitation Center on Wednesday, October 3, 2012 at the age of 95 years. She had resided at Morris Senior Living since April of this year. Marge... View Obituary & Service Information

The family of Marjorie I Devore created this Life Tributes page to make it easy to share your memories.

Send flowers to the Devore family.