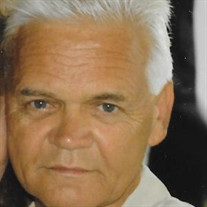 Larry Charles Nelson, age 65. At rest Tuesday, December 23rd, 2014 peacefully at home with his loving family, after complications from pulmonary and cardiac disease. Born in Morris, IL, he spent his life in and around Marseilles and Minooka, IL. After graduating from Minooka High School, Larry started his career in the laboratory at Amoco Chemical, where he worked for over 24 years and 7 years at Expert Optics respectively. He spent the last 30 years of his career in land and residential development (Heather Ridge subdivision), and pursuing other entrepreneurial ventures. He is survived by his loving wife of 38 years, Cheryl (nee Smania), three children, Nicole (nee Nelson) Harrington, Nathan and Matthew Nelson, his son-in-law Jeffrey Harrington, his two daughters-in-law Evangelia (nee Nikolaou) Nelson, and Aleksandra (nee Wojda) Nelson, grandchildren Colin and Padraig Harrington, father and mother-in-law Albert and Patricia (nee Martin) Smania, brother Bruce Nelson, adopted-in-love father Eldon Standley, and brothers and sisters-in-law; Sandra Severson, Mike and Peggy Smania, Jodi and Michael O’Connell. Numerous nieces, nephews, and special friends. Preceded in death by his mother Doris (nee Sharp) Standley and sister Pamela Rush in 2014. With a special thank you to Dr. Alex Sosenko, Dr. Sanjiv J. Shah of Northwestern Medical, and all of his friends at Cookies Restaurant in Minooka, IL. Larry led an active life as a loving husband, father, and a prominent member of his community. Outside of his many volunteer activities, his passions and hobbies were bicycling, music, travel, spending time with his family and supporting Minooka Athletics. Larry had a significant impact in and around the community through his many volunteer efforts. He served on the board of Minooka Community High School from 1989 to 2005 (Vice President from 1997 to 2005), as a member of Minooka Village Trustee for 4 years, as a volunteer EMT, Firefighter and Trustee of the Minooka Fire Protection District, as a member of the Minooka Lions Club, and President of the Minooka Baseball and Softball League. Visitation for Larry C. Nelson will be held on Sunday, December 28, 2014 from 2:00 PM until Prayer Service begins at 7:15 PM at The Maple Funeral Home located at 24300 W. Ford Rd. Channahon, IL with cremation rites following services. Family and Friends are asked to meet directly at St. Mary's Cemetery, Minooka on Monday, December 29, 2014 at 11:00 AM for Graveside Services. In lieu of flowers, memorials to Joliet Area Community Hospice or Minooka High School Athletic Boosters. For information www.themaplefuneralhome.com

Larry Charles Nelson, age 65. At rest Tuesday, December 23rd, 2014 peacefully at home with his loving family, after complications from pulmonary and cardiac disease. Born in Morris, IL, he spent his life in and around Marseilles and Minooka,... View Obituary & Service Information

The family of Larry C. Nelson created this Life Tributes page to make it easy to share your memories.

Send flowers to the Nelson family.