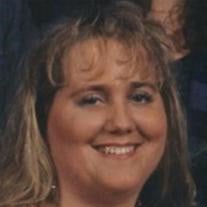 Kelly Ann O'Brien Ms. Kelly Ann O'Brien, 44 of Minooka passed away peacefully on July 3, 2012 with her loving family by her side. Kelly was born on February 3, 1968. A 1986 graduate of Minooka High School, Kelly was a phenomenal athlete, excelling in basketball, volleyball and softball. She loved playing and watching any sporting event. On September 21, 1991, she was involved in a tragic car accident that left her a quadriplegic. From that point Kelly faced many struggles, but nothing slowed her down. In 1995 she received the Ed Roberts Excellence in Independent Living Award. She went on to graduate from JJC in 1996 with an Associates degree. In 2000 she earned her Bachelor degree from University of Illinois. She also received the prestigious Bill Stewart Memorial Award from The Moore Foundation and University of Illinois for her demonstration of courage and concern for others. In 2004 she graduated with a Master's Degree in Mental Health Counseling from Lewis University. Kelly was always concerned for others and ready to counsel family and friends. Kelly was an inspiration to all that met her. She is survived by her loving parents, Gerald and Joyce O'Brien of Minooka, brother Scott O'Brien of Minooka and sister Kristy (Brent) Pierce of Morris. She is also survived by the greatest loves of her life, her niece Kailey Ann Pierce and nephew Brendan Charles Pierce. She enjoyed spoiling them as much as possible. Other survivors include her Grandmother Frances O'Brien of Morris, dear Uncles and Aunts, Wayne Greenbeck of Minooka, Rev. Lora Zink of Coal City, Winston and Carol O'Brien of Seneca and Bonnie and Ralph Sassenger of Morris, and special counsins Leah Greenbeck (Bruce Lund) of Joliet, Lori (Mike) Heinrich of Arizona, Toni O'Brien of Morris and Guy Sassenger of Dwight. Preceded in death by her loving Grandparents Charles (2004) and Lillian (1989) Greenbeck, Walter O'Brien (1997) and dear cousin and friend Karyn Greenbeck (1996). The family would like to give special thanks to Pastor Mary Zajac and the Hospice team that helped care for Kelly during the last several months...especially Wanda, Linda, Michelle, Patti, Phyllis and Chaplain Jim. In lieu of flowers Kelly requested that memorials be made in her name to Joliet Area Community Hospice, the Minooka United Methodist Church or to AGAPE Missions in memory of her cousin Karyn Greenbeck. Kelly Ann O'Brien will be lying in state on Monday, July 9, 2012 from 10:00 am until services begin at 10:30 am at the Minooka United Methodist Church located at 205 West Church Street. with Pastor Mary Zajac officiating. Interment Seward Mound Cemetery, Minooka. Visitation will be held on Sunday from 3:00 to 7:00 pm at The Maple Funeral Home, located at 24300 W. Ford Rd., Channahon. For Information www.themaplefuneralhome.com

Kelly Ann O'Brien Ms. Kelly Ann O'Brien, 44 of Minooka passed away peacefully on July 3, 2012 with her loving family by her side. Kelly was born on February 3, 1968. A 1986 graduate of Minooka High School, Kelly was a phenomenal athlete,... View Obituary & Service Information

The family of Kelly O'Brien created this Life Tributes page to make it easy to share your memories.

Send flowers to the O'Brien family.