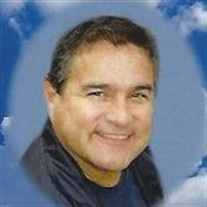 Joseph R. Gonzales, age 69, affectionately known as “Chief,” passed away suddenly and peacefully on July 28, 2020 at Foster G. McGaw Hospital in Proviso Township, where he was a Gift of Hope donor.  Joseph was born in Chicago, Illinois, son of the late Joseph and Josephine (nee Bais) Gonzales.  He was raised in South Deering.  He lived and enjoyed life in Chicago’s Southeast Side, Plainfield, and Brookfield.  Joseph was a Lineman – a Proud Member of IBEW Local #9, retired with 36 years of Service.  Loving Father of Joseph A. Gonzales of Brookfield, Christopher (Wendy) Gonzales of Chicago. Proud Grandfather of Morgan, CJ, Andrew, Matthew and Tessani.  Survived by his wife, Kathi Julison of Plainfield/Shorewood and her children:  Kevin (Amy) Modzelewski, and Julie (the late Tarence) Foster. Loving Brother of his siblings: Henry (Olga) Gonzales, James (Paula) Gonzales, Annamarie/Nita (Bob) Carducci, Vivian (Jose Lara) Gonzales, Linda (Raul) Esparza and Theresa Gonzales. Also left to mourn his passing are many Cousins, Nieces, Nephews, and Compadres.   Joseph graduated from Bowen High School, was a true Chicago Sports Fan, never missing a game, a play, or giving an opinion for the Chicago White Sox, Bears, Bulls and Blackhawks.  He loved playing baseball for years with the Dwarfs and later with the Hegewisch 30-40-50 Over Softball League and loved golf.  His bowling team – the Borrachos – will miss his handicap and running commentary. Joseph will truly be missed by his family and many friends.  A small Memorial Gathering is being planned with an announcement following soon. In lieu of flowers please do a kind act for someone and pass on a smile in memory of Joe.  As he always said " See you, later. The arrangements entrusted to David Garbacz Funeral Director at The Maple Funeral Home & Crematory.

The family of Joseph Raul Gonzales created this Life Tributes page to make it easy to share your memories.

Send flowers to the Gonzales family.