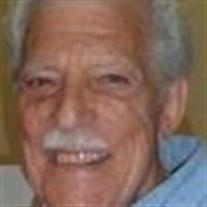 Gary D. Musser Age 71, of Channahon, entered eternal life on Friday, August 21, 2015 after a brief and courageous battle with cancer. Gary was born December 19, 1943 in Tower Hill, IL to the late Athol and Ruby Musser. Gary was preceded in death by his parents, his brother Paul Musser, his brother-in-law, Edward Reedy, and his brother-in-law Robert Warren. He is survived by his wife, Charlotte Warren Musser of 49 years, his daughter, Sarah (Andrew) Meckler, his son, Anthony (Tracy) Musser, and his daughter Elizabeth Musser. Also surviving are his Grandchildren; Jack Williams, Maddisen Musser, Jaden Williams, Chase Musser, Daisy Musser, and Amelia Meckler. He is also survived by his sister, Beatrice Reedy, his brother-in-law James (Mary) Warren and numerous nieces and nephews. Gary retired from Caterpillar Inc. after 35 years of service. He coached many Little League Baseball Teams and coached for many years with the Channooka Braves Youth Football League. There wasn’t a sport he didn’t like, and he was a die-hard fan of the St. Louis Cardinals and the Chicago White Sox, and the Chicago Bears. He treasured his family. Spending time with them was his favorite thing to do. He was a loving and devoted husband, father, brother, and grandfather. He is a hero to his family and gives us an example to live by. Gary was an active member of Channahon United Methodist Church. He supported the church with his time and talents. Gary D. Musser will be lying in state on Wednesday, August 26, 2015 from 10:00 a.m. until services begin at 11:00 a.m. at the Channahon United Methodist Church located at 25751 W. Eames (Rt. 6) Pastor Steven Good officiating. Cremation rites to be accorded. In lieu of flowers, donations can be made to Channahon United Methodist Church or to the family for the Grandchildren’s College Fund. Visitation will also be held at Channahon United Methodist Church on Tuesday, August 25, 2015 from 4:00 to 8:00 p.m. For Information www.themaplefuneralhome.com

Gary D. Musser Age 71, of Channahon, entered eternal life on Friday, August 21, 2015 after a brief and courageous battle with cancer. Gary was born December 19, 1943 in Tower Hill, IL to the late Athol and Ruby Musser. Gary was preceded in... View Obituary & Service Information

The family of Gary D. Musser created this Life Tributes page to make it easy to share your memories.

Send flowers to the Musser family.